Externships provide an unparalleled environment for real-world learning in judicial chambers, nonprofit and public interest organizations, government agencies and in-house counsels' offices, including those in the entertainment business. You will benefit from a hands-on opportunity to strengthen the skills you have been developing in law school — such as research, legal writing, interviewing witnesses and interacting with clients — while gaining new ones, such as preparing for negotiations or trials, or contributing research or draft language for legislation or regulations under development.

As an extern, you may be able to attend court proceedings, negotiations, chambers' conferences, mediations, depositions, internal strategy sessions, federal, state or local agency meetings or congressional committee hearings. Students in prosecutors' offices may appear in court for preliminary hearings and similar proceedings.

Other benefits of externing may include:

You may receive academic credit as an extern. All externships are graded CR/D/F. You will have some flexibility to decide how many hours a week you will work; full-time externships are available.

The concurrent academic component of the externship course guides you as you evaluate and analyze your work, teaching you the skills to support your own growth when you no longer have professors or focused supervisors to do so.

You must complete your first year of studies before you are eligible to extern. Externships are available during the fall, spring or summer. You may extern twice during law school, but generally those externships must be at different placements.

Over the years, USC Gould students have externed at an impressive and wide range of field placements. A representative sample includes:

My externship was with the Consumer Financial Protection Bureau. When I got there, they put me right to work assisting in the drafting of a notice of proposed rule-making for small-dollar loans. I was incredibly grateful for the opportunity to turn in work product, get feedback and improve my work over the semester. 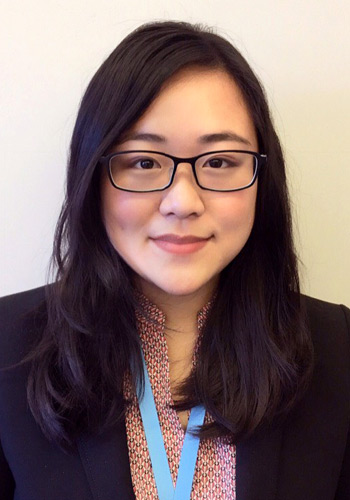 My externship was with the International Criminal Tribunal for the former Yugoslavia based in The Hague, Netherlands. It was rewarding being in a truly international workplace, assisting with the preparation of draft legal decisions, orders, and memoranda. I worked under the supervision of experienced legal officers who were open to discussing the goals I set for my externship. I was grateful to always receive feedback on my work.

I worked at Legendary Pictures in the Legal & Business Affairs department during the summer after my first year of law school. It was a fantastic learning experience. I was quickly trusted with drafting various documents, including option purchase agreements, director agreements, producer agreements and writer agreements. As a USC student, I was constantly afforded unique and valuable opportunities.