Value of a USC Education

The university prides itself on creating a high-touch environment that ensures all students have access to the world's best faculty; academic programs that prepare them for the 21st century; high-value internships and career services; and an exceptional residential college experience.

According to the 2020 Wall Street Journal/Times Higher Education survey of more than 800 U.S. colleges and universities, USC ranks 18th nationally and third among the 150 universities surveyed in the western United States.

USC tuition increases (including USC Gould) are at a five-year average low. Over the last six years, the rise of the average net price of a USC education, adjusted for inflation, was just 1 percent. For USC Gould, the low average rise in net price combined with generous merit-based scholarship offerings equated to a net tuition of $30,194 for the class that began Fall 2020.

USC Gould's increases in scholarship support have consistently outpaced increases in tuition in the past decade. Specifically, Gould's financial aid has increased by 2:1 over the increase in tuition. Nearly all of USC Gould students receive some form of scholarship assistance. A March 2020 article in The National Jurist magazine reported that from 2016 to 2019, the average student loan debt for Gould students decreased by 12%. This is a direct result of the increase in scholarship support.

The law school's need-blind admission process helps identify the best students, regardless of their ability to pay. This helps increase access to the university for students from all backgrounds:

USC is among the leading private universities in its generous support for these groups of students. 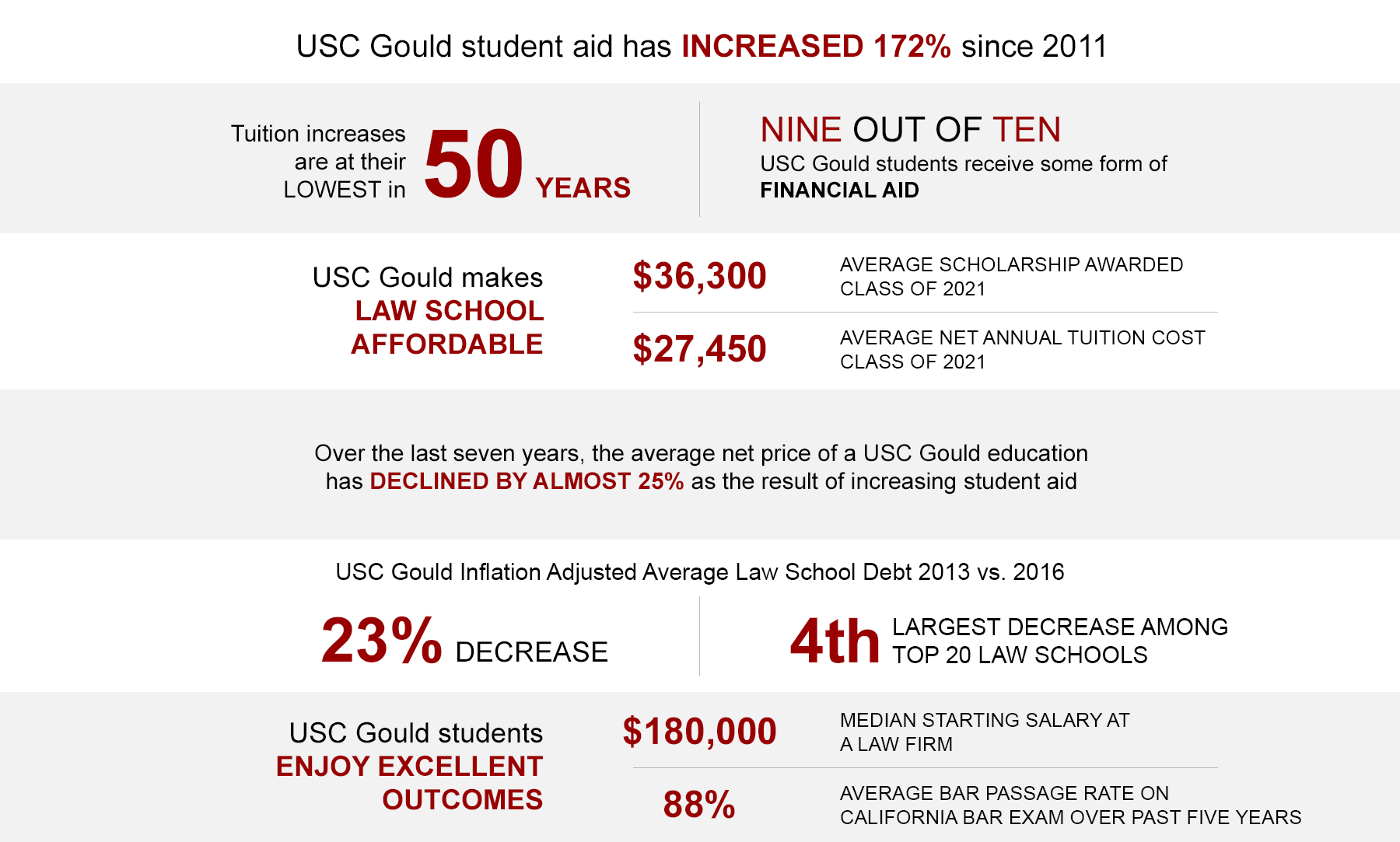