Addressing the crisis in Cameroon
USC Gould School of Law 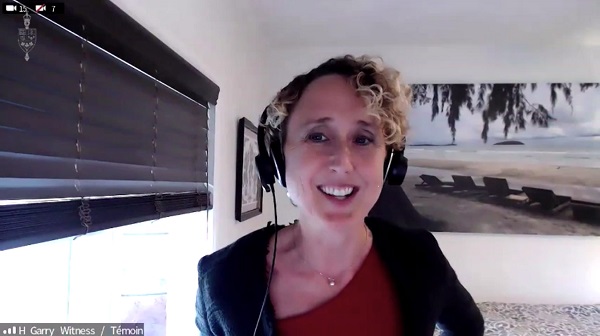 Though the troubles of the central African nation of Cameroon may register as a blip among topics of global concern, Professor Hannah Garry, founding director of USC Gould’s International Human Rights Clinic, is working hard to change that.
In February 2021, she testified before a Canadian legislative body about atrocities that have escalated since a conflict erupted in 2016 between the Francophile government of Cameroon and its minority English-speaking population.
The warring factions in the nation of more than 27 million have created a humanitarian crisis that could devolve into a genocide, Garry warned.
The tragic and sobering numbers and facts so far include 200 villages burned to the ground, some 6,000 widespread killings, arbitrary detention, torture, and rape, over 700,000 civilians forcibly displaced from their homes, three million people in need of humanitarian assistance, and more than one million children in the English-speaking regions unable to attend school since 2017.
Garry’s testimony, before Canada’s Subcommittee on International Human Rights of the House of Commons Standing Affairs and International Development, is part of her broader effort to get the U.S., Canada, and other countries to act to help end the bloodshed and deal with the resulting refugee crisis.
This was Garry’s first time testifying before any legislative body.
“I was so glad to get this invitation indicating Canada was concerned about the situation,” Garry said. “I was impressed by the depth of the questions.”
Garry urged Canada to play a leading role in intervening since it is a member of the Commonwealth that has provided humanitarian and security aid to Cameroon.
Since her testimony, Garry has briefed U.S. and Swiss officials about the crisis and soon will do the same for the United Kingdom — virtually, as she did with the Canadians.
The IHRC, established in 2011, is requesting targeted sanctions from governments against perpetrators in Cameroon and is preparing a detailed report on the situation in Cameroon for the United Nations and other governmental bodies. The report should be completed this fall.
“My hope is that these countries will take notice and take action to avert a potential genocide,” Garry says.

A career of advancing Asian American inclusion in law
May 17, 2022

Professor Abby Wood invited to testify before Senate committee about ‘dark money’ and disclosures
May 11, 2022

Professor testifies on court transparency before the U.S. Senate Committee