The USC Gould School of Law values the leadership provided by its Board of Councilors, a group of prestigious professional, business and community leaders who provide counsel to USC Gould’s deans and faculty, as well as USC President Carol Folt and USC’s provost. Appointed by the president to serve three-year terms that may be renewed once, the Board of Councilors champions the outstanding research, education and public service programs at USC Gould, serves as ambassadors for the school and helps the school to obtain financial support, including individual gifts and gifts from corporations and foundations.
This past academic year, the Board of Councilors welcomed four new members: 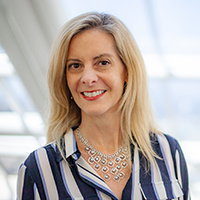 Elizabeth Atlee (JD 1990) is senior vice president and chief ethics and compliance officer at CBRE Group, Inc. in Los Angeles. In addition to the Board of Councilors, she is a member of Gould’s First Generation Professional Committee and the Latino Growth Initiative. She also is a board member of Hispanas Organized for Political Equity (HOPE). She earned her bachelor’s degree from Yale University. Her husband, Steven, is also a USC Gould alumnus, and also earned his JD in 1990. He is deputy general counsel at Caltech. 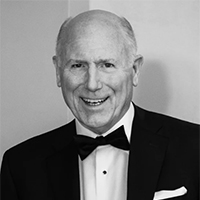 Norman A. Barker (JD 1972) is principal of AllianceBernstein, a global investment group based in Washington. D.C. At USC, he is a member of USC Associates (Chairman level), and supports students with the Barker Family Scholarship, as well as an endowment to the USC Gould Dean’s Fund. He hosts an annual reception for the dean for Washington D.C.-based alumni and admitted students each spring, and helps to recruit students after the reception. Outside of USC, he is on the Board of Trustees of Eckerd College; Board of Directors, Barracuda Re, Children’s National Medical Center’s captive insurance company (Cayman Islands); St. Francis Episcopal Church; Metropolitan Club and Congressional Country Club. He is married to Kathryn (Kathy) Barker. 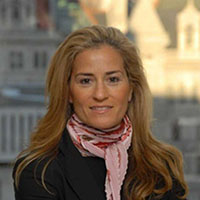 Hon. Ellen N. Biben (JD 1992) is an administrative judge and acting justice in the Supreme Court of New York County. She was appointed a judge in the Court of Claims in 2015 and subsequently designated an acting Supreme Court justice, assigned to the Supreme Court’s criminal term. During her career, she has served as executive director of the New York State Joint Commission on Public Ethics, New York state inspector general, and an assistant district attorney. She earned a bachelor’s degree from Wesleyan University. Her husband, Matthew, is a litigation partner at Debevoise & Plimpton LLP.
C. Thomas (Tom) Hopkins (JD 1993) is partner in charge at Cooley LLP in Santa Monica, a Silicon Valley-based law firm that works with clients on corporate deals and IPOs, intellectual property matters, and major litigation. He joined Cooley in 2013 from Sheppard Mullin Richter & Hampton in Santa Barbara. He earned a bachelor’s degree from American University. His wife is Sandy Kaneoka.
Other members of the 2020-21 Board of Councilors include: